The Psychology of Arrogance 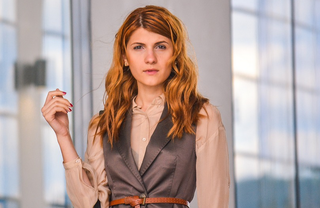 THE PSYCHOLOGY OF ARROGANCE

Raise your hand if you like arrogant people?! … Just as I figured – no hands! Hey, I’m with you!

I work with a lot of people and, over the years, I have come to truly believe that there is at least a splash of good in each and every person. And that we all have a ticket on the same ride. I try to be forgiving and I try to respect others as best I can.

This said, if there is one quality in others that gets my goat, it is arrogance. In an article summarizing a provocative set of studies, Johnson, Silverman, Shyamsunder, Swee, Rodopman, Cho, and Bauer (2010, p. 405) define arrogance as “stable belief of superiority and exaggerated self-importance that are manifested with excessive and presumptuous claims.” Sounds about right. We all know one. He or she might belittle you without warning in any context. This person almost definitely talks behind your back. And you go out of your way to avoid having to have interactions with this person as you fear that such interactions may leave you feeling bad for any number of reasons.

The Evolutionary Psychology of Arrogance

Evolutionary scholars of human behavior have regularly demonstrated that there are multiple paths to success in life (see Figueredo et al., 2008). In humans, there are all kinds of reasons that prosocial, other-oriented psychological strategies exist. People like others who are helpful and trustworthy, and we are more likely to help others who show signs of being possibly helpful in return (see Geher, 2014).

This said, niceness is not the only route to success in the game of life. Selfish strategies, by definition, benefit the self – often at a cost to others. And, as demonstrated by a broad array of researchers on the evolutionary origins of human social behavior, dark strategies that include the exploitation and intimidation of others have the capacity to lead to success – whether we like it or not.

Arrogance, with a focus on over-inflating one’s self worth and belittling others along the way, has all the hallmarks of a dark strategy to social life. Further, Johnson et al. (2010) provide strong evidence that arrogance is a real, measure-able psychological quality – and that it strongly affects the dynamics of one’s work environment.

5 Reasons that Arrogant People Can Succeed

In spite of arrogance being a despicable quality in others, arrogant behaviors have benefits – and, regrettably, arrogance can benefit oneself (see Johnson et al., 2010). Here are five ways that arrogance leads to success:

Push Back against Arrogance

Arrogant people share many characteristics associated with bullies. They use a dark strategy to advance themselves, often at a cost to others. Across human history, in fact, this has been a problem that humans have faced (see Bingham & Souza, 2009). Coordinating with others and pushing back against bullies has been go-to tool for dealing with this kind of situation across human history.

If there’s an arrogant bully who is making life difficult for you, I say make like our hominid ancestors who formed coalitions against bullies. And use the power of numbers to make sure that those arrogant $%$%&#s don’t win!

Arrogance is a pretty despicable attribute. In spite of this fact, it continues to persist. The evolutionary perspective can help us understand why. Arrogant others have a suite of attributes that are designed to intimidate and undermine others. If you find yourself running into problems with an arrogant bully, you need to realize that you’re not alone. Understanding the root causes of arrogance – as well as the importance of social coordination in helping to deal with this kind of behavior – can help us fight arrogance when it raises its ugly head.

Bingham, P. M., & Souza, J. (2009). Death from a distance and the birth of a humane universe. Lexington, KY: BookSurge Publishing.

Why a woman needs to be prayerful

The Death of Love Isn’t Natural: The 7 Steps to Separation

What Couples Can Learn from the Four Questions…

1 Secret to Getting Through Difficult Situations (and…

What Couples Can Learn from the Four Questions on Passover

1 Secret to Getting Through Difficult Situations (and Really Bad Days)

10 Inevitable Fights That Test the Strength of Every Marriage

What Couples Can Learn from the Four Questions on Passover

1 Secret to Getting Through Difficult Situations (and Really Bad Days)