One Wife’s Journey to Save Her Marriage After an Affair

ONE WIFE’S JOURNEY TO SAVE HER MARRIAGE AFTER AN AFFAIR 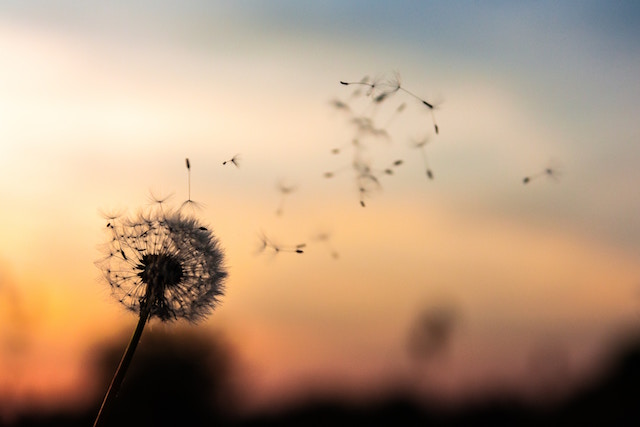 In my role as psychologist and couples counselor, I work with many couples whose lives have been turned inside-out over an affair. Many of them want to heal from the wounds infidelity caused, and many of them do ultimately heal.

Despite the fact that I have many years’ experience working with individuals who have been unfaithful and, on the other side, individuals who have been deeply hurt by the betrayal, my perspective is from the therapist’s chair. Many find it helpful to hear from others who have walked in their shoes, those who know first-hand what it’s like to deal with the emotional upheaval caused by the betrayal of an affair.

In the spirit of that, I am pleased to introduce you to a guest blogger who has that personal perspective.

I am grateful for all my blog readers, and I’m especially grateful when readers contact me to let me know of posts or topics that they’ve liked or that have helped them in some way. Recently Valerie sent me an email saying that while she and her husband were dealing with the fallout of an affair, some of my articles on the subject proved useful to her, as did my book on forgiveness. She went on to say that she had done a lot of journaling while on her healing journey, and she’d be glad to share some of that (with names changed, of course) if I thought my readership might get something out of it.

So you will see guest posts by Valerie from time to time, and it is my hope that if you’re struggling with the difficult and unpredictable period after an affair, you’ll be grateful for her insight as well.

My husband and I had just planned a vacation. The Emerald Isle. A much bigger-than-usual celebration for our 14th wedding anniversary. “Shouldn’t we hold off until our 15th?” I had asked guiltily. “Just stay local this year?”

I was glad when he disagreed with my anxiety. “Val, 15 isn’t any more important than 14,” he said. “We’ve been talking about Ireland for years.”

We were going to spend two weeks doing what we loved best: wandering without agenda, being in the outdoors, being indoors in rambling old historic buildings or museums, eating what the locals ate. Along the way, a couple of must-sees: Yeats’ birthplace for me, the Blarney stone for Tim. Our oldest daughter, Amy (13), would be attending dance camp at the time, and our youngest, Bethany (8) was thrilled that she got to spend “14 whole days with Poppy and Nonny!” (my parents) in San Diego.

When everything was in place, I remember being so pleased with all the t’s crossed and the i’s dotted for this trip that I wondered why I so often thought of life as unpredictable. Surely at least I was in control of this chapter.

Dr. Nicastro told me that he’d introduce me to you, so you already know what this blog post is about. Therefore, I don’t need to ask you to cue the sad/ironic mood music here. Suffice it to say that I couldn’t have been more wrong about having a crystal ball and seeing that joyous Ireland trip take place within its golden glow.

Infidelity: you never plan for the shock and the pain

Three days—72 hours—before Tim and I were to board the plane, my carefully constructed marital world (one that I thought meant everything to Tim, just like it did me) was struck by a meteor. And yet, the meteor itself came in the form of the most mundane of objects. My husband’s phone.

Tim was in the shower, his phone was in the pocket of his jeans that were slung over the footboard of the bed. I heard his cell ring. And no, I’d never been the kind of wife who snooped into her husband’s emails or phone history, even though on more than one occasion he told me his email password and assured me I could browse in there anytime I liked.

The reason the ring registered this time was because Tim’s closest friend Hugo was undergoing surgery for a herniated disc, and I thought the call might be from Hugo’s parents who were at the hospital with him. Weeks before this, when we’d found out that Hugo’s procedure was scheduled for three days before our departure, Tim had asked me if we could postpone our trip. That was the last thing I wanted to do, since, as I mentioned, we had everything in place, including and especially details for the girls. So I was secretly overjoyed when Hugo wouldn’t hear of it and insisted that we go to Europe as planned.

Tim had been at the hospital that morning to see Hugo before he was taken to the O.R. But Hugo’s parents, knowing how much we had to do before we left for Europe, sent Tim home, promising they’d call when they had news.

I quickly fished the phone out of Tim’s pocket so as not to miss the call. Tim wouldn’t mind. He was in the shower, after all.

And sure enough, “Hugo” flashed across the screen.

I accepted the call. “Hugo?” I said breathlessly.

Oh. Of course. He wouldn’t be up to calling yet. It must be Hugo’s mom. “Mrs. Chandler?” I tried again.

And then, before I could say, “Hello? Can you hear me? Hello?” for a fifth time, there was a click and the line went dead.

Oh. Of course. Hospitals are notoriously bad when it comes to cell signals. The call must have been dropped.

I called right back, but the call rolled right into a non-personalized default voicemail. I started to leave a message but then thought that would likely be more of a pain for Hugo’s parents. So I wandered into the steamy, shampoo-scented bathroom, where Tim was singing “Shot Through the Heart” behind the shower curtain, to ask my husband’s advice.

I told myself he hadn’t heard me over the water. So I repeated myself. Only later—much later—did I realize that the normal response to my statement about his friend calling should have been something along the lines of: “Is he okay?”

Not a surprised What?

I added, “I called back, but it went to voice mail. Should we call the hospital?”

The running water stopped. And a second later, the shower curtain was abruptly whisked aside. Tim wore a cap of lather. And what looked like a face of consternation. But that couldn’t be right, I told myself. Could it?

“What do you mean you called back?” he said.

“I couldn’t hear anyone on the other end. Of course I called back.”

“And what happened then?” he asked. A muscle in his jaw jumped. But I told myself that that had nothing to do with me. He was just worried about his friend.

He seemed to soften. “Oh, right. That’s what you said. Nobody gets cell reception in hospitals. I’ll go over there and check on him.”

“But in the meantime,” I said, “I’ll try him again. It must be his parents calling.”
Tim lunged for the phone in my hands so fast I thought he’d topple out of the tub.

“Tim, you’re all wet!” I said. He was always after me and our kids to keep our electronics dry. Like, neurotically so.

I couldn’t look away, and I couldn’t hit rewind, though I desperately wanted to

And that’s when it hit me. He was acting strangely. Very strangely. As much as a big part of me wanted to deny that something was off here so that we could go on our trip and continue to be a happily married couple, the thing that was hitting me was hitting me too hard to ignore. Right there, in the bathroom, with the love of my life still wet from the shower, a giant fissure was torn in the fabric of my marriage.

“Tim?” I wasn’t exactly sure if that shrill voice was only in my head, or if I’d spoken his name aloud. I stared at him, at the wet phone in his wet, soapy hands. “What is wrong with you?”

He said nothing. He looked pained.

For an excruciating minute, I couldn’t speak. Who are you covering for? I asked him in my head. Is that not really Hugo’s number after all?

I finally said the unthinkable—at least what would have been unthinkable before that moment in our marriage. “Are you having an affair?”

And though he went on to deny it, the tiny tick of time where he initially hesitated told me the truth. It told me enough until he eventually confessed.

Saving a Marriage after an Affair: A Wife’s Story (Part 2)

Promises for a Healthy Marriage

Asking the Right Questions is the Answer: 10…

Asking the Right Questions is the Answer: 10 Things We Forget About Our Own Ignorance