How Do Affairs Happen?

HOW DO AFFAIRS HAPPEN?

See the cascade of events that can lead to infidelity.

Has your relationship experienced a sexual or emotional affair?

It is hurtful and devastating when an affair shatters a relationship’s trusted stability. It leaves both partners to pick up the pieces before starting all over again, which is painful. One of the questions that plague partners recovering from an affair is “What went wrong?” Even when individuals and relationships are unique, is there a commonality across affairs?

Dr. John Gottman with Dr. Caryl Rusbult and Dr. Shirley Glass explained an affair as a cascade of steps that culminate in a transgression. It all starts with the bid for attention. If it sounds like a simplified excuse for an affair, it is not. When one can’t count on their partner to be available in their time of need, it leads to unfavorable comparisons, emotional distance, and eventual betrayal, if not the demise of love. Based on research, the steps that lead to betrayal (the Gottman-Rusbult-Glass Cascade) are as follows.

Partners can make an emotional bid that is met with turning away or against instead of turning toward. Turning away would include ignoring or being preoccupied with something else while turning against would be a retort or a lash back. When “Would you like to plan for the weekend?” is met with silence or “Can’t you see that I am busy?” the bidding partner feels rejected and hurt. Over time repeated failed bids lead to reiterating the belief that “you are not there for me,” and trust associated with the partner starts to erode gradually. An anticipatory rejection starts to flood (stress) the bidding partner, making them feel vulnerable, insignificant, or unwanted.

When partners favorably evaluate the relationship compared to other alternatives, they are more likely to stay committed to the relationship, as Thibaut and Kelley suggest. Therefore, the unfavorable comparisons propel a relationship towards a lack of commitment and betrayal. The bidding partner starts negatively comparing the partner with a real or imaginary partner who would make them feel cherished. As approaching the partner with an emotional bid is found futile, bidding and investing in the partner reduces, while substituting begins.

As Rusbult notes, commitment is a gradual process of making a good comparison level for the relationship within alternatives. Similarly, the opposite process of un-commitment is a gradual process of damaging comparison levels with other options. Commitment leads people to make sacrifices while building interdependency. It also leads to disparaging alternatives in comparison to their partner. As reliability or dependability on the partner lessens, trust reduces. The partner opens up to others and engages in talks (or self-talks) that magnify the relationship’s negative qualities.

As one maximizes the partner’s negative qualities, one also minimizes positive characteristics. The Four Horsemen of the Apocalypse (defensiveness, criticism, contempt, and stonewalling) become rampant. Dr. Gottman suggests that people committed to their relationship cherish their partner by reminiscing about the positives with gratitude, even when not together. An essential part of a relationship, cherishing and expressing gratitude, is replaced with trash-talking the partner (directly and in front of others).

RESENTMENT AND LONELINESS IN RELATIONSHIP

Gratitude for the partner becomes replaced with bitterness. Resentment seeps in with silent arguments such as feeling the partner is selfish and uncaring. There is loneliness enhanced with unfavorable comparisons like “my ex would have understood me better” or “my colleague is more there for me than my partner.” With loneliness, vulnerability to other relationships increases. The built-up resentment results in low sexual desire and impersonal sex. The refusal to have sex may result in the partner’s blaming, leading to further feelings of rejection, and the affair cascade intensifies.

Secrets begin with omission. The other patterns such as inconsistencies, lies, confidence violations follow. While in cherishing relationships, interactions with others that hurt the partner are avoided, in denigrating relationships, ties with others are sought to fill the prevailing emotional gaps. As the hiding increases with the partner, there is an active turning toward others, and at a vulnerable moment, boundaries are crossed, and actual betrayal unfolds.

As one partner goes through the cascade of betrayal, the other partner experiences the ground sinking beneath their feet. Trust is broken and, over time, may develop into Post Traumatic Stress Disorder.

Read part two of this article: “The Grief of an Affair“

Gottman, J. (1995). Why Marriages Succeed or Fail: And How You Can Make Yours Last. Simon & Schuster.

The Grief of an Affair 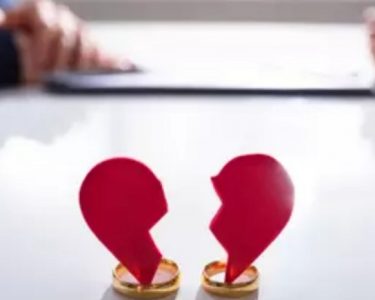 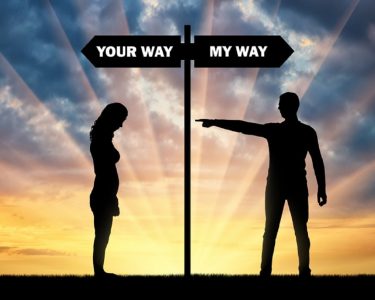