3 Tips for Handling Conflicts About Money

3 TIPS FOR HANDLING CONFLICTS ABOUT MONEY 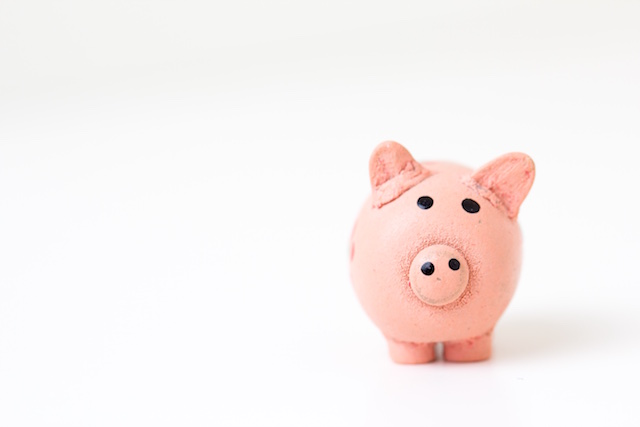 If you’ve struggled with these issues, it may or may not be comforting to know that the most common causes of conflict within marriages and intimate relationships are sex and money. For many people, they’re understandably immediately concerned with how their own lives are playing out. For many others, they still have that immediate concern, but they also can take solace from the fact that they’re not alone and that their struggles are not unusual.

Regardless of where you stand on the comfort-little comfort spectrum, it is true that when couples have lasting or recurring fights, power struggles about money frequently tops the list.

No couple is impervious to arguing over finances

You might think that marital and relationship conflicts around money only occur with couples who are short on money. Actually, you’d be wrong.

While it’s true that not having enough money to pay the bills adds stress to one’s life (sometimes extreme and pervasive stress), contention around money (how it should be spent, how it should be saved, for example) commonly arises at all socioeconomic levels.

Why is this? Why is money as frequent a hot-button topic as sex?

Although it’s easy to see how sex can make you feel vulnerable in the moment (you are, literally and metaphorically, exposed), the way finances expose us is more subtle.

For instance, you may have been raised to believe that it is taboo to speak about your financial specifics with people you don’t know really, really well (and even then you might feel uncomfortable). You might feel sheepish when talking about money with people you imagine have more than you, or less than you. You may believe how much money you have (or seem to have) tells people something about you, and that might make you feel uncomfortable since you don’t have control of their perceptions.

Regardless of why money can be a tricky subject, though, it’s more important to know how money impacts your marriage/relationship. It’s common for couples to hold differing values about money. Often those values aren’t as disparate as spendthrift/miser, but no matter how close or how far apart you and your mate are on the money-mindset spectrum, it pays to safeguard your relationship against intractable fighting about finances by keeping some things in mind.

1. Come to an agreement as a couple

Keep in mind that the best agreements usually involve some compromise from both sides. That means that you likely won’t end up having a plan to spend money the same way as when you were single, but that means your partner won’t either.

And make a plan to revisit the budget or agreement from time to time. Situations and needs change.

Also, do your very best to avoid blaming, criticizing, or insulting (“If you had a better saving ethic, we wouldn’t be starting out with so much debt!”; “If you knew how to live a little and weren’t so uptight, I wouldn’t have to beg for a vacation.”). Often when we’re dealing with sensitive issues, we can get defensive and lash out. We don’t realize this is actually because we’re trying to protect our tender spots.

So try to stay aware of what your purpose is in exploring your financial life as a couple and try to avoid the knee-jerk response to blame or criticize when the inevitable knots crop up in the agreement process.

This is probably on every list of every relationship advice piece ever written. And for good reason. It really is the foundation of a healthy union. You may think you’ve been together for so long that you no longer need to communicate deeply and regularly, but this isn’t true. Neither you or your partner are mind-readers, so talk to each other to keep things clear.

Part of that communicating should be asking for help when you need it. (“I’m having trouble understanding why we’re short this month again”; “I’ve been trying to save 10% of my paycheck but I missed the mark again…can you help me look at why?”; “I want to stop putting so much on credit cards but I’m struggling with that…how do you think I can fix it?”

Hiding something from your mate around money is never a good idea (unless it is the very rare and circumstantial matter of buying him/her a surprise gift that you want to be sure stays a surprise till the party…you get the idea).

3. Make money the means, rather than the end

I’m not assuming that one article on money mindset can reverse how you’re currently thinking about money, especially if you’re not happy with your perspective. However, it can be a start.

With that said, often we end up seeing money as valuable for its own sake. We think if we gather up a certain amount we’ll be inoculated against worry somehow. And we lose sight of the fact that money really and truly is currency, which means it doesn’t have an intrinsic value on its own; it is a type of energy, in that spending it gets us goods or services in return.

I don’t mean this to be a pep talk to spend rather than save. What I’m trying to get at is that sometimes we treat money as a separate and isolated part of our lives, rather than as a type of fuel for many of life’s necessities. Try to shift that mindset as a couple.

We started this post talking about sex and money, and actually, we can end it by giving a nod back to sex: interestingly enough, the above three tips are sound advice in terms of a couple’s sex life as well—come to a mutual agreement; communicate; and make sex the means (to lead you toward intimacy), rather than the end (an isolated aspect of your life, hovering at the margins, important for its own sake only).

The Best Marriage Advice Around

10 Ways to Rekindle the Passion in Your Marriage